Ok as promised here is pictures of what I have been working on lately. The three down the one side will have beads on them. I just have a pile of cutting and wrapping to do now. Yeah so much fun. NOT 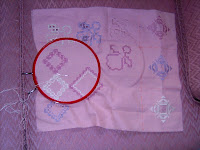 Here is the angel I did before only on the Ruby Wine material. 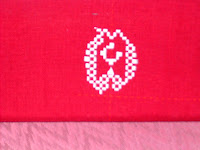 Every morning we have to read the newspaper with dad. Of course we have to be educated. 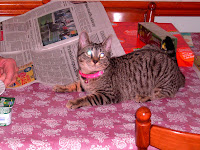 I think this is so precious. See we do get along sometimes. Gaby and Lucy. 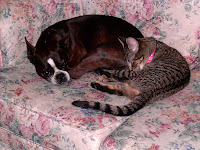 Did you call me? 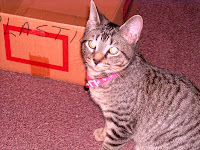 OK well I was surprised to see how long it was between posts. I don't have any pictures of my work lately. I have been working somewhat on my hardanger. But really haven't had much interest in doing it.

We had our first craft show of the season last week-end. It was an ok show. It was a nice day so most people were out working in their gardens. My garden is coming along nicely with daffodils, crocuses, hyacinth's, lenten roses and much more. I will try and get some pictures of the garden on here soon. I have alot to do in there with moving plants and adding things and general clean up.

I have been doing ok since my surgery two months ago. I have had a few issues but nothing much. I go in two weeks for my post surgery check so we shall see what the verdict is then.

Lucy is now 5 months old and still the little bugger as usual. She has now learned if you sit on the floor and jump you can grab peoples butts and hang on. That wont be continuing for much longer.

Here is a picture of the little brat. 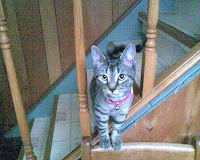 I have some others on my camera that I will add later.
Posted by Kathy at 4:16 PM 1 comment: